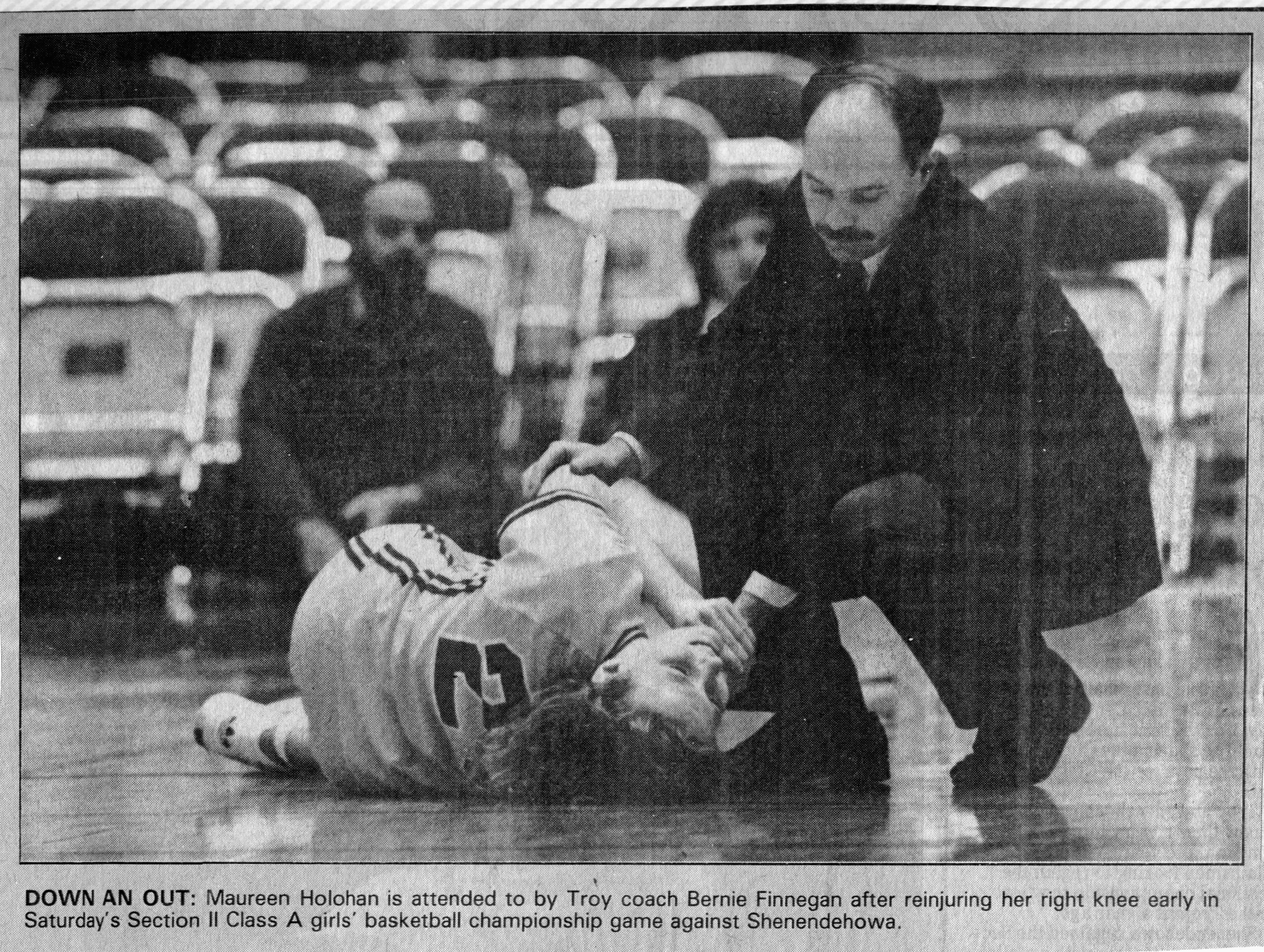 ACL repair surgery is something that the orthopedic surgery community is just now beginning to talk about after decades of subscribing to the belief that it isn’t possible. The belief is slowly changing in large part because of the groundbreaking surgical work of my guest on this episode, Dr. Gregory DiFelice of the Hospital for Special Surgery, Sports Traumatology & Joint Preservation Surgical Department. In this conversation we talk about about the approach surgeons have taken in approaching ACL surgery in the past, what he’s done to ask questions that nobody was asking, and how his steps have led to the reintroduction of ACL repair surgery that is proving to be highly successful. This is a very important topic to me because I experienced my own ACL injury and had to undergo surgery myself.  I tore my ACL in December 1990 and the first coach to step toward me said, “It’s too bad, Maureen.  You would have been a great player.”  I tried rehabbing my knee for five weeks, only to go down in the first two minutes of the Section II final game in front of 5,000 fans (see the photo).

Today the failure rate of ACL reconstructions is 20 percent.  A survey in Canada revealed that one third of the athletes studied tore the other ACL ligament or re-tore the reconstructed knee.I fortunately overcame the injury thanks to an outstanding doctor who was just starting the full ACL reconstruction.  I was also allowed a full red-shirt year, which gave me the room to sit out what my doctor recommended – a full nine months – before easing my way back in.  The impact on my body, mind and spirit was like nothing I’d ever experienced.  I fully understand why Dr. DiFelice is doing what he can to take tears and repair them without the full reconstruction given how hard the surgery is on the body.

Maureen: So the body wants to heal…

Dr. DiFelice: You’re darn straight, it does. It wants to heal everything and all we’ve gotta do is get out of its way and try and let it heal.

ACL repair surgery is not impossible.  Surgeons have only thought it was for the past 30 years.

Dr. DiFelice points out that it’s hard to overcome the long-held beliefs of any group of people. That’s what he’s discovered has been the case among orthopedic surgeons for the last 30 years. Efforts in the past made to repair ACLs instead of replacing them met with very low success rates, so the concept was abandoned. But his research has shown that those stats are the results of applying the same surgery to EVERY type of ACL injury. Taking a closer look enabled him to determine that the patients who did do well with ACL repair surgeries had a particular type of injury and revealed an option he felt deserved more consideration. Dr. DiFelice:  I’ve been doing this (surgery) for eight years now. I’ve done almost one hundred primary repairs (now over 100 repairs).  We’re running at well over 90% success rate, and I’m pretty much used to it.

The orthopedic surgery community is starting to come around, so ask your Doctor about the possibility of ACL repair surgery.

There is only one way the promising possibilities of ACL repair surgery can become mainstream, and that’s for patients to ask their surgeons why they don’t do repair surgeries that are having such huge success rates. Then surgeons who have not learned the new methods Dr. DiFelice has pioneered may begin to explore it as an option to add to their practice. But more importantly, many young athletes can potentially be spared the agony of a more invasive surgery they don’t need and athletic careers can be saved. That’s what matters to me – and why I wanted to have Dr. DiFelice on the show.

Dr. DiFelice: As you know, change is hard and we’re sitting on a situation here where three generations of orthopedic surgeons have been trained as their dogma that the ACL cannot be healed. So basically, I’m going against the Bible… you have to open your mind to believe that maybe there could be a different way, maybe they were mistaken.

Outline of this episode